SHAPE AND MATERIAL
A sculpture group exhibition with


http://www.artsjobs.org.uk/arts-news/post/shape-and-material-a-sculpture-group-exhibition/
(…)
A process of interpretation nature
An expression of embodiment
The expression of the relation whole/part
The All in One
Sculpture as art as a systemic language through the relation one/all
An artistic pedagogy to experience the surrounding environment
Art as language of the senses
An expression of feeling the universal knowledge
An exhibition of 9 artists and 1 artwork
An exhibition showing a process of work in art
An exhibition showing different kind of existing sculpture styles:
biologic shapes / site-specific / abstract / minimal / objet comestible / live art /objectual art / 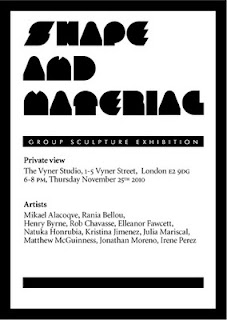 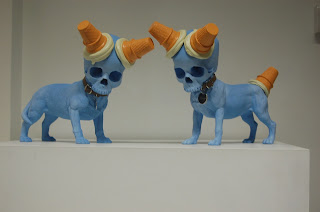 Etruria & Florence, 2010, edition of 10, hand cast resin. Mikael Alacoque trained as a traditional figurative sculptor and mouldmaker. Today, he seeks to find new meaning and relevance in old and seemingly outmoded sculptural techniques. Fascinated by the idea of the public monument, Mikael’s work investigates the way in which society records events and people by casting them in metal and carving them from stone. His work rips the idea of the public monument asunder, and rebuilds it in a new order, with a revised iconography. By doing so, it exposes and examines the insecurities and frailties of society, and our own place within it. Recent works such as ‘Gnome Kone’ and ‘Bad Babysitter’ are part of a series of sculptures that examine the iconography of public monuments. images credit to TAG Fine Arts London 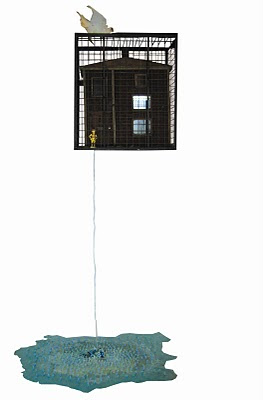 The well of the world's end...or The well at the world's end. 25 cm x 25 cm x 105 cm. 2010. Inspired by a tale by William Morris. There are two worlds reversible one the top of the Plexiglas plinth; you see a metal miniature well that has a string attached which goes till the end/base of the plinth. The well has a mechanism which when you rotate the string is moving as well and a lullaby is playing as music. Golden strings and golden leaves start from the top surface of the Plexiglas and continue till the bottom. Look like roots. I want to use this tale as an idea that there is no world ending...everything rotates, is in a loop. We are in search of an utopia. During the early part of my career my work examined the relationships between the viewer and the artwork in terms of spatial representation and narrative. The duality between transparency/glass, reflection/mirror and absence/presence became a recurrent theme. In my experimental video installations I use visuals and sounds as Proustian triggers. The intention is to initiate a dialogue or conversation with the viewer through the visual information that I have provided. I deliberately bombard the viewer with a collection of visual image layers to be read, as a narrative within itself. images credit Kalfayan Galleries Athens - Thessaloniki 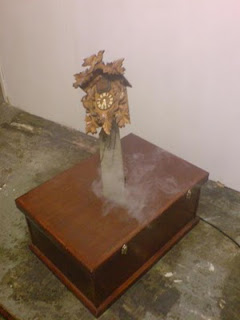 Coocoooo, 2010, wood, concreate, plastic, (smoke machine).  80x76x52cm. Henry Byrne studied at Camberwell College of Art (Drawing, BA (Hons)). On graduating in 2009 he moved to Epson Street Studios where he has continued with his practice. Henry will be exhibiting a collection of sculpture year. His current work considers time management in the field of ones passions and needing to work in other capacities to support one. Henry uses commercial products; their functions are ulterior symbolism exploring the dialectic between the various motivations for work and Play. 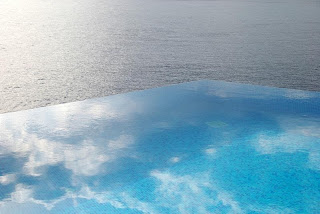 Not Yet Titled. Dimensions Variable, Mixed Media, 2010. lives and works in London. He graduated from fine art with first class honors from the University of West of England in 2008. In 2009 he was awarded the Spike Island fellowship free studio.  Recent exhibitions include Built Over Night at Rhubabah in Edinburgh, Black Rainbow at Motorcade/Flash Parade in Bristol and Bold Tendencies at Hannah Barry in London. He also co runs the bi-monthly art publication InterCity MainLine. 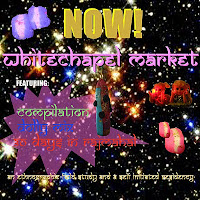 Compilation cham cham, synthetic hair, wool, calico, mixed media
dimensions, 100x50cm., 2010  Elleanor Fawcett born 1986, Thornham Magna, Suffolk. Lives and works in London. As a multimedia artist, Fawcett works with drawing, painting, photography, textiles, sound and installation. The subject always determines the media and not the other way round. With strong ethnographic concerns, Her work has always observed, documented and archived customs of different social groups, collectives, subcultures and individuals. The work is engaged in an ongoing dialogue about the spurious boundaries between the practices of ethnography and fine art.
MATTHEW MCGUINESS
http://matthewmcguinness.com/ 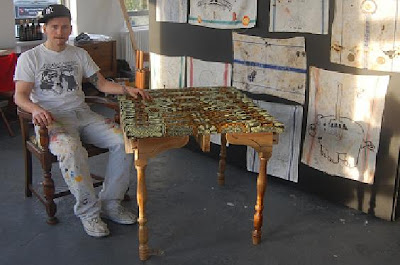 Matthew McGuinness was born in 1976 in New York. Actually lives and works in London. Matthew McGuinness describes his work as presenting an alternative and sustainable vision of community in an urban culture. The artist employs mass produced images which are dissected and married together in weird yet wonderful scenarios. He has education and training at School of Visual Arts, BFA Graphic Design, 1999. Solo exhibitions are Rudolf: A Salutary Pipeline, Light and Sie Gallery, Texas and Rare Gallery, New York, 2008; Rebicycling, The Bronx Musuem of the Arts, New York NYC, 2004. 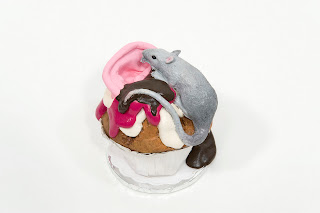 You Know who I am, 25x25x25cm, 2008-2009.
Through my work I recreate and reinvent myself, I fulfil desires, project anxieties, fears and beliefs; I enjoy a freedom to be aware of my inner voice, to follow my intuition and to give rein to my curiosity. My fantasies and dreams create a tangible world of mysterious inhabitants to show the unseen; to talk of the untold and to express thoughts and ideas, which I would not dare to voice in any other way. I tell without fully revealing my secrets and wink at those whom I share them with. My sculptures and drawings are gifts that I am not meant to keep. My hands and my fingers, my breasts and my nipples; my ears, my noses, my eyes; my tongues, my mouths and my smiles. With them I do whatever I want for you to want them, to love them too. I wish you to wish for them and care for them; for you to kiss and touch them, bite and look at them. I wish for you to visit them and be visited by them however you want whenever you want. 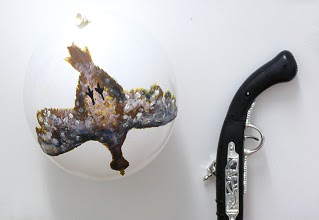 Untitled, 2010, variable dimensions: 120x100x160(cm.), Mix-media;wood, sheep fleece, fabric, latex, toy pistol. Kristina, born in Spain. Lives and works in London. She received an Award by Reeves Foundation, for the installation piece 'Venus in Archway', Byam Shaw, Final Show, London, May 2009. Jimenez, published a submission of her work a sculpture piece 'Love is Spanish,Love is not Spanish' in the 20 Hoxton Square newspaper. www.kjvisualartist.com 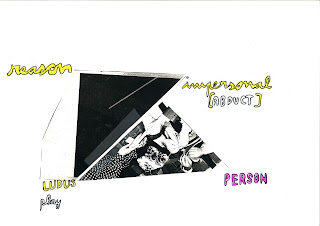 Bas Relief, 70x100x20cm., 2010. Interested in processes and creation of order in nature and the relationship they have with art, Julia Mariscal distributes in their schenography elements and materials. Her work is a process that deconstructs the narrative of the aesthetic of own era and time. From the need to create the story of the world and its genesis, arises the idea about the metamorphosis of the technique, which in this case, portrays the transformation of the black box as the origin of photography, as the end of the perspective pictorial method. In her personal narrative, fragmented and processual, the development of the subject is given through the use of various media (photo, video, posters) distributed along the exhibition showroom. Creation and magic, lecture and interpretation are the constants of a ritual where the mythological symbolism inherent in the narrative form of literature expresses art as the rational order and the expression of the world. Evoking a process based on beauty, illusion and the original sounds. His work has something of the primitive symbolism, such as Gauguin and Picasso. Julia Mariscal was born in Barcelona in 1981. 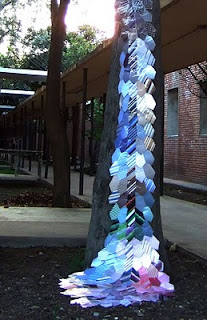 Beautiful Nature. 2010.  is presenting a convulsed situation where the artist act as builder of unrealities. From the confrontation with normal realities and situations is resulting a game’s mirror, a process of identification where being rests caught. Beautiful Nature shows the differences among the appearances, actually impossible to obviate. Influenced by different interpretations and symbolisms, the artist feels phantasmagorically free but falsely accepting the position and answers through his work. The ties act as a symbolism of the social labels, taking them as a dress complement removed from its natural context, controlling the value of the element, transforming its identity. the result is beautifying the concept, but adding a social culture pressure. At last, it claims a reality in collision, a personal perception of of the appearances code, resolved through irony in installation. 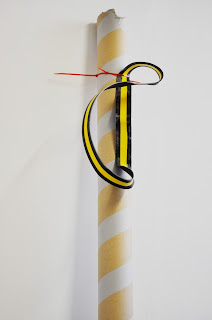 Loop Series 1, 2010, painted steel. Lives and works in London. She received her BA in Fine Art from the Polytechnic University of Valencia, Spain in 2002. During 2001 and 2002 she was on an Erasmus exchange programme based at Middlesex University School of Art, Design and Performing Arts, London. In 2008 she completed her MFA in Fine Art at Goldsmiths College, London. Hernandez has exhibited in Spain, London, Berlin, at ArtMelboume 09 in Australia and more recently, in 2010 at the Modern Art Museum of Santo Domingo in Dominican Republic. In 2007 her work was selected for the National Architecture Week in London and she has received several awards and grants. Hernández questions the language of sculpture suggesting an expansion of the sculptural object, implemented through a variety of mediums: a series of objects assembling and constructing space, a metaphor and a means to explore how space is encoded within our culture and thus artificial: how culture has emerged as an everyday commodity to interpret the natural world.
Entradas más recientes Entradas antiguas Inicio
Suscribirse a: Entradas (Atom)